My Podium is On the Inside 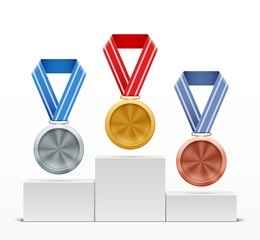 When I first heard that Simone Biles pulled out of the gymnastics team competition in the Olympics, my first thought was how could she bail on her teammates? This is the Olympics after all, and it’s her opportunity to shine on the world’s stage.

Then after I stepped back and reflected on her decision, I recognized how hard that had to have been for her. She is one of the best gymnasts of all time and not being able to compete at the level she is accustomed to had to be very challenging. Not only that, what she is going through is happening in front of the whole world and everyone is going to have an opinion, like I did.

Simone Biles has nothing to prove to anyone. She has already won four Olympic gold medals and one bronze medal from her previous appearance at the Olympics. She is one of the most decorated American gymnasts ever.

It took an incredible amount of courage for her to admit to herself that she was not able to compete because her mind and body were out of sync. She felt like she was putting her health and even her life at risk because of the high demands of the sport.

A World Centered on Competition and Proving

Our world is centered around competition and having to prove ourselves. The mentality is I have to be better than you to feel good about myself. I competed as an athlete for many years playing football at a Division II school. I still love competition, but it doesn’t define who I am any more. My self-worth isn’t wrapped up in if I beat the other guy. I am only competing to be a better man on the inside.

Being mentally tough as an athlete is drilled into our brain at an early age. I recall one time in ninth grade, I took a really hard shot to my rib cage from an opposing player’s helmet. I knew there was some damage done to my ribs, but I kept playing. It’s amazing what adrenaline will do to mask the pain.

When Monday rolled around and it was time to practice, I was in so much pain and could hardly breathe. I told my coaches that I did something to my ribs and I need to have it looked at by a doctor. I called my mom to come get me to go get X-rays. As I was waiting for her, I remember one of my coaches yelling to me,

“It’s a lot easier up there then it is down here on the field you mama’s boy.”

I felt deep shame and embarrassment when he said that to me. I was determined to never let that happen again. I would push through the pain no matter what. As it turned out I ended up having a couple of cracked ribs and could have done further damage if I didn’t allow my ribs to heal.

After that incident in ninth grade I played with concussions, I had my teeth smashed in and still was out on the field. This was long before there was any concussion protocol. My identity and toughness was tied into being a tough guy football player.

I put my health and life at risk when I had no business being on the field. It’s just what we did. This went on until I eventually blew out three knee ligaments my sophomore year in college. And that was all she wrote for my college career. I have paid the price every day since.

In the past I had to prove that I was a man through performance and competition. It defined who I was. It’s instilled in us at a very young age that we have to push through. If I had a dollar for every time I heard this, “Suck it up and be a man.” What does that even mean? That means putting your life at risk for a sport that in the long run, doesn’t even matter. It means playing with broken ribs and concussions and eventually getting my knee destroyed that I have to live with the pain every day of my life.

We Are All Gold Medal Winners

What I have learned is if we are doing something to prove our worth to someone we are missing the point. Simone Biles doesn’t have to stand on top of the podium with a gold medal around her neck to prove her worth. Her podium is on the inside because of who she is as a human being as a child of God. In God’s eyes we are all gold medal winners.

My podium is on the inside too. I don’t have anything to prove to anyone. I simply want to be my best and compete against myself. I still love to challenge myself and do things that are slightly out of my comfort zone.

I recently climbed Quandary Peak, which is a 14er just outside of Breckenridge, Colorado. The elevation tops out at 14,265 feet. It took about seven hours to make the seven mile round trip with 3500 feet of elevation gain. Going up was the easy part, coming down is what tore me up. There were so many rocks, loose dirt and large boulders to navigate and with my right knee that I blew out from football having limited mobility, I had to put most of my weight on my left leg to step off of these steep boulders.

I was scheduled to do a gravel race the next morning. I thought it would be a good test of how well I could recover after a big event like climbing a 14er. I found out I need more recovery time than twelve hours. Iron Cowboy I am not, the guy who recently completed 100 Ironmans in 100 days.

When I woke up on Saturday morning my left heel hurt so bad I had to do the old man shuffle to the bathroom. My right knee was swollen and my left quad felt like it had gone through the meat grinder. On top of that the weather where the bike race was to be held called for 90% chance of thunderstorms with heavy rain.

The old version of Troy would have had that ninth grade football coach running through my brain telling me to man up. It’s just a little bit of soreness and so what if you have to dodge a few lightning bolts. But the wiser version of myself said I have nothing to prove to anyone. Initially, I felt some guilt about not doing the race, but on the flip side I am proud of myself for being in tune with my body. In the future I will know that I need at least two weeks to recover between events.

As with Simone Biles, my podium is on the inside. I compete because I love to compete, but with a completely different perspective. I know my self-worth isn’t defined by competition any more. My self-worth is only defined by seeing myself the way God sees me. I am a son of God and I am worthy no matter what.

I will always love to compete because that is the way God created me. But I no longer need to prove myself through performance, image and unhealthy competition because God puts the gold medal around my neck every single day. I don’t have to earn it. I just show up being me knowing that I am enough with nothing to prove. I get to step up on that gold medal podium that is inside me every single day.

Founder and Creator of Barbells & Brothers