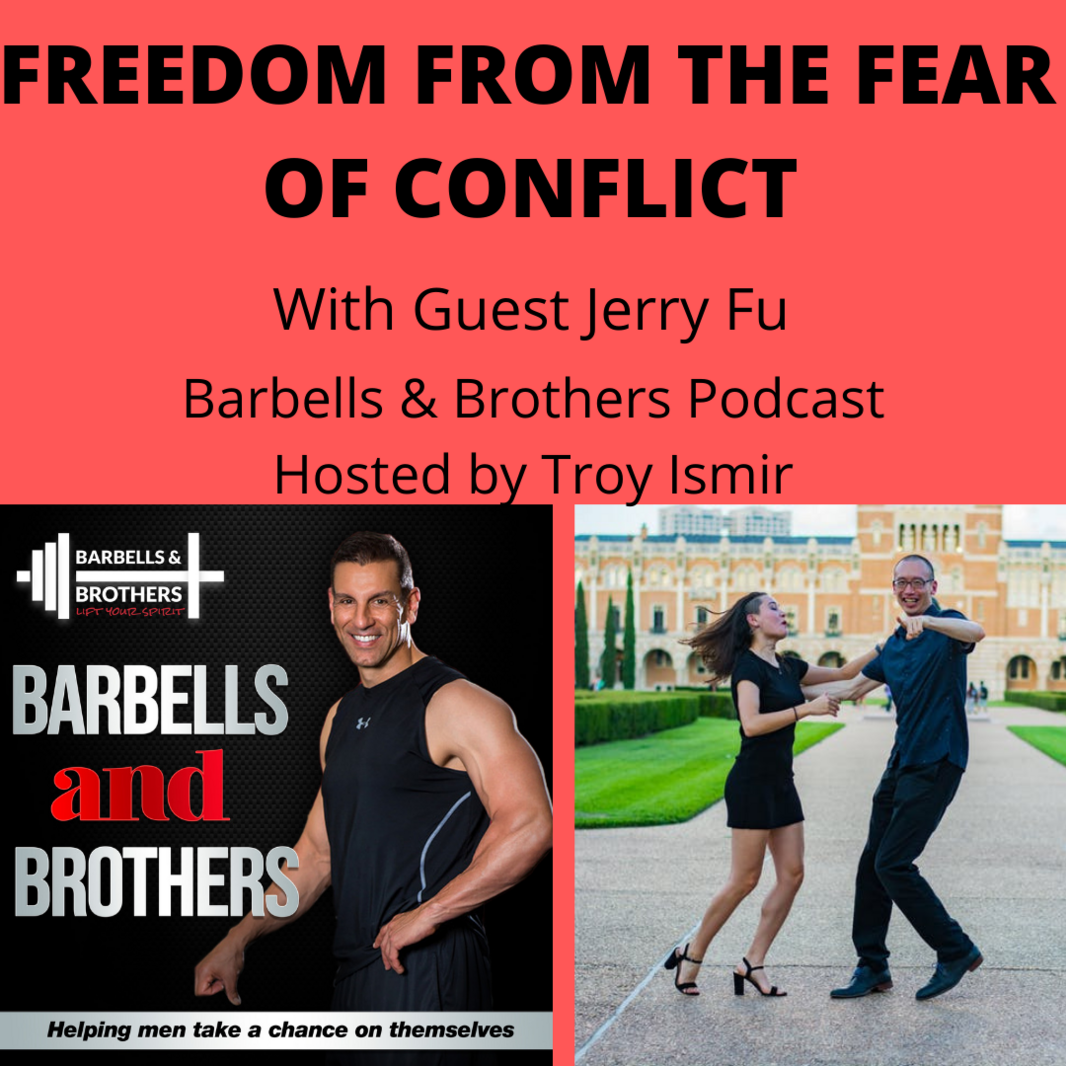 Freedom From the Fear of Conflict

My guest on this episode of the Barbells & Brothers podcast is Jerry Fu. Jerry is a conflict resolution coach.  He focuses on resolving clients' conflict at work, in culture, and within themselves.

Jerry was born in the United States, growing up in a Taiwanese family.  He encountered conflicts at work, in culture, and within myself.

He also lost a job because he continually avoided conflict with an upset boss. But getting fired was the wake-up call he needed. He had to adapt and improve as a leader, which meant engaging the conflict he disliked so much. His ongoing struggle with conflict became a fascination. Now, he helps others take on the same challenges.